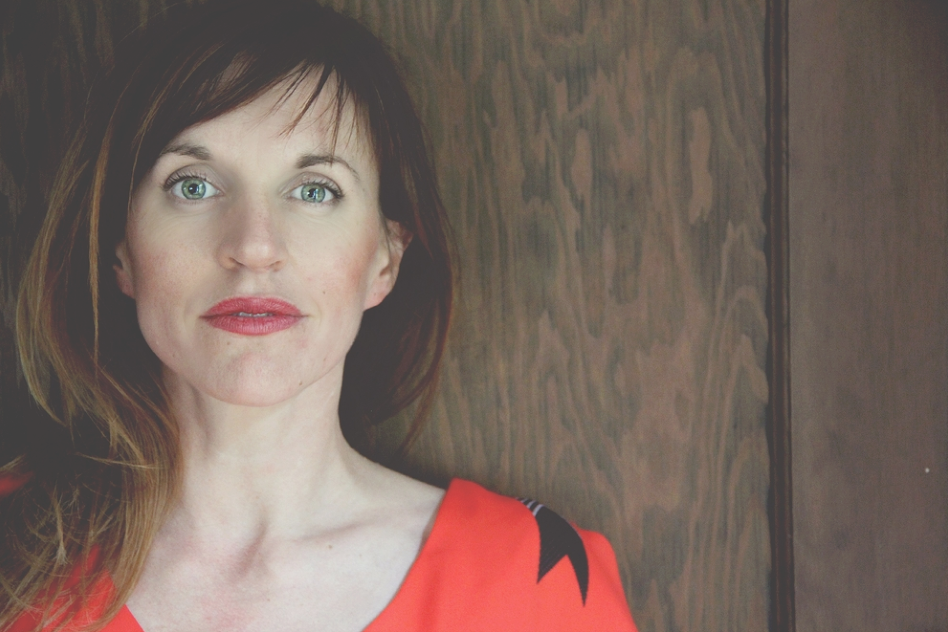 What the f@&k is it about anger anyways?

It’s funny. For years and years I spent a good part of my energy being “tough” and “together”, well, to be completely honest, more like pretending to be tough and together and meanwhile failing miserably (which felt a lot like feeling miserable). When my mom gave me the book “Highly Sensitive Person” I admittedly took it personally, re-iterating that no, in fact, (even though I’m having a hissy fit about this!) I am not a “sensitive” person. I denied it at this turn and at that, displaying bravado and acts of endurance, loading ridiculous heavy bales into the barn and taking on physical feats beyond the means of my slim frame. All to prove that no, I am not a f%$cking sensitive person!

So there you have it. I am sensitive and highly so. I’ve actually spent years honing my sensitivity without particularly realizing it and now, with the birth of the Diva Project and alexalinton.com, really giving it wings. Now there’s no denying it and the transition into being a full-blown out-of-the-closet sensitive has been full of interesting twists and turns. I’m thinking you can relate! Wherever you are on the owning-your-own-sensitivity continuum, it is not always a barrel of laughs. In fact sometimes it downright sucks.

Another admission here while I’m at it, a big lynchpin in my mojo is anger. Holy crap is it ever.

I got hit with the gravity of this situation this weekend and I’ve been in process/integrate/what the f&@k mode ever since. So consider this blog post a bit of a journal entry, a figure it out moment so to speak.

I am currently ensconced in the most heavenly cabin imaginable on Saltspring Island. It’s pinch-me perfect (complete with the most insanely magical bathtub I’ve ever laid eyes on – baths being one of my absolute favourite things) and directly across from the ocean. It’s also been here for a heck of a long-time, reclaimed by the current owners but originally built somewhere in the 1800′s. There is history in these here walls and I imagine, a whole lot of wisdom. I can’t imagine a better place for some serious epiphanies. In fact, I have given myself two luxurious days here to do nothing but write. Whoa. What? Oh yes. And it literally just started to rain which I think of as nature’s way of asking me to get down to it.

So getting back to the whole anger thing, which I would absolutely love to avoid and continue my detailed description of my current surroundings. Or perhaps some Netflix? Alexa focus here.

You see, anger, is one of those emotions that most of us have no idea how heck to deal with in ourselves or others. It feels crazy uncomfortable, disconcerting and so very volatile. It feels, for lack of a better word, shitty. Coming from a Great Brittanish background (my word for describing the English/Irish/Scottish blood coursing through my veins), I was taught very early on about the good ole’ stiff upper lip and about holding things together no matter what. Anything less was considered terribly bad manners. Pair that with a hair-trigger temper and hyper-sensitivity and you’ve got a veritable bomb waiting to go off. And when it did it was not pretty (I’m using the past tense to denote a very welcome degree of emotional intelligence that has made its way into my life over the last decade). Repression is the name of that game, and if you’re anywhere on the sensitivity spectrum then you know that works about as well as plugging a dam with bubble gum. At some point something has got to give. And yet, what is the strategy? How do we move this stuff? And what do we do when it feels completely overwhelming?

Even though I feel strongly that this kind of stuff really needs to be taught in school, the fact remains that it, for the time being, is not and we’ve got some self-education to do. First thing, if you’re sitting there reading this and telling yourself that you don’t have any anger, you’re either the Dalai Lama or you’re lying to yourself. We all carry oodles of the stuff, however stuffed away it is. What really sucks is thinking about what the heck all that anger is doing to our insides when it’s not getting dealt with.

What we do with it is really the question. For years, the anger that stewed in me came up and out like daggers. I used it to do harm to those that I felt were doing harm to me. I attacked and justified it to myself by saying that I had something to defend. In all honesty, I was just mean. I’m going to go out on a limb and say that communicating from a place of anger is never ever helpful. Ever. In fact, its deteriorating or worse still, destructive. I was out to harm, to get back at people and this is a really common way for anger to show up. Yuck.

The thing is, experiencing anger is not the same as communicating with it. It means being with it. It means holding space for it rather than stuffing it, repressing, recycling the same shit all over again. It means healing and getting lighter. We need to feel it, to be with it, but it doesn’t have to rule us. Like good parents, you can parent that angry part of yourself, hold it close and with love, let it rage and then move into sobs and then whimpers and then peace. There is no rule that says once we allow anger to come up it is naturally a destructive and violent force. What if anger coming up was actually our ticket to freedom?

When I was in the midst of my back injury, I couldn’t access my anger but I knew it needed to surface. It was right there yet just slightly out of reach. One night, I limped painfully into a gathering of beautiful woman and struggled to the floor to sit amongst them, tears streaming down my face. When the dancing began, I retreated to a tree outside and settled into her trunk, tears flowing, sobbing now. I felt, in that moment incredibly alone and in some way wrong. A woman on her way to the washroom took a brief moment to gaze down at me and then went on her way without a word. The floodgates opened and as I slammed my car door shut the screaming began. I screamed for a full half hour as I drove home, a scream from the depths of my being, so full of rage and despair and heart break. Yet, throughout I felt amazing, as if the floodgates had finally fallen and I was free. I felt gratitude to this woman even as it was happening for being the catalyst for such deep release. My back went through a deep healing with that one shift and my perception about myself and others was forever changed. It was not about the woman. It never was. It was just energy that needed, come hell or high water, to move and she was the button pusher at the time.

When we choose to hang on, hold a grudge, or make it about something or something, anger festers and twists. It becomes jealousy and hatred, blame, resentment and vindictiveness. These are not anger in its pure form. They are the manifestations of suppression, when we hang on, when we fear treading the waters of our anger for longer than a second. For many, getting comfy with experiencing our anger is akin to swimming with sharks, dangerous and terribly unpredictable, and yet, our other choice is to hang onto it all and watch as it seeps out like poison into every part of our life. Isn’t it ironic that the latter choice is the real danger?

When I started to experience my anger, it was, not surprisingly, my mare Diva who got the ball rolling. I recall an incident where she “accidentally” kicked me in the forehead ever so gently as I was cleaning her back hoof. That got things going quite nicely as I raced into the middle of the field and began screaming like a banshee (are you seeing a theme yet?), stomping about and generally losing it. After that, I realized that even though the neighbors probably thought I was complete nutter, this was a far better solution than the alternative, which in this case would have been taking the entire thing out on Diva and making her the bad guy, not a great relationship builder. After my anger had passed, I was able to see clearly how loving her tap had really been, her innate intelligence recognizing the need for a deep release of old stuff. She was able to push me over the edge without actually harming me, an incredible gift.

Over the years layers of anger, rage, resentment, even hatred have sloughed off and now I welcome them knowing that the goodness that lies beyond the discomfort is oh so yummy and liberating. In fact, when I get triggered now I’m more curious than anything else. What was that about? What was the button? And how the heck can I move this stuff on through?

My biggest tool for being with my anger? So simple – its breath. Good ole’ breathing. Sometimes I sound like I’m giving birth! Nothing like a little lamaze breathing to get anger moving through. Sound works like a charm. Movement rocks. I sometimes just shake or dance furiously around my living room, stomp around like a troll or run headlong into the woods for a little screaming and moving combo. The big thing to remember is this – it’s just energy moving, that’s it. No need to analyze, to blame, to judge, to point fingers or figure it out. All you need to do is be there with it. Present. Accounted for. That’s it.

I am a highly sensitive person and all that really means is that I feel. I feel deeply, fully. I am difficult to bullshit because I feel what you’re feeling. I used to try to cover it up and stop all that feeling. It felt like too much, way too intense and far too uncomfortable. And now, I wouldn’t have it any other way. It means I not only feel the anger but I also feel the joy. I feel bliss. I feel myself in my skin exactly where I’m at in every moment.

It means I am alive. And that feels pretty f$#king great.